Climber Confessional: A Learning Experience in How Not to Use a GriGri “Just learn to belay with it properly,”

“You shouldn’t have to let go with your brake hand in order to feed slack.”

He was holding down the brake side of the Petzl GriGri by pinching the device with his left thumb over the brake lever while feeding slack out with his right hand, not the proper way as recommended by Petzl.

“It doesn’t matter. It’s auto-locking. If he falls, it will catch him,”

He was a smart guy who spoke multiple languages and was planning to go to med-school. He was also a strong climber, one of the strongest in our group. But he was stubborn and couldn’t be told anything without visual proof.

“Dude, you’re holding the brake down with your thumb. If he falls while your feeding out slack, it isn’t going to catch him,” I reiterated.

He looked over at me with a blank expression and stated firmly, “There is no way I could hold the brake lever down with my thumb if his entire body weight fell on the rope. It would pull up and auto lock. My hands aren’t that strong.”

Luckily no one fell while clipping with Kat belaying.

Later and throughout our trip, we continued going back and forth with other people chipping in to the discussion on one side or the other but most staying neutral. We finally agreed to have an experiment when we got back to the gym to settle the matter. I had tried convincing him to watch some YouTube tests of the GriGri but to no avail. Finally, one day in the gym the matter came up and we decided to test his theory.

“Yeah, I’ll belay,” I said. “Climb up to the second draw and just let go while I pinch down the brake side with my left hand.”

The second quickdraw was only about 15 feet off of the deck and the gym floor was padded. All of our friends and climbing partners were standing around in a half circle watching.

Kat tied in, I got on belay, and he started climbing. Once he clipped into the second draw, I fed out about 1 foot of slack and pinched down the brake side with my left hand as he had done while feeding slack.

“Alright, I have the brake held down. Fall when you’re ready,” I said.

He glanced down to make sure I wasn’t holding the entire brake lever and let go.

I yelled at him, which was probably the most douchecrag way to rub it in within five seconds of decking. We all checked on him and luckily he only had the breath knocked out of him and a slight hurt of pride.

Admittedly, this probably wasn’t the best or safest experiment. Often times I think back and regret letting Kat deck even though there were no injuries and it was a controlled setting, but it just feels wrong.

If you decide to test something I recommend using a couple of 45-pound plates from the gym or something other than an actual person. I’m not sure if he learned to belay correctly or not after this but I see others belaying improperly almost every time I go climbing. Hopefully, the ones who thought as Kat did will read this article and decide to make a change towards belaying properly.

For a full overview of how to properly use a GriGri, watch this video: 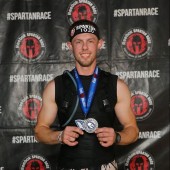