El Chorro is a tiny Spanish pueblo in southern Spain, and is exactly as quaint as it sounds.

A gigantic band of limestone cliff looms above the town and boasts high-quality routes throughout. But the climbing potential doesn’t end there—there’s virtually an endless amount of cliffs scattered within walking distance from town. Where there isn’t rock, the landscape, as is typical of Andalusia, is covered by olive and almond tree groves. With moderate temperatures year-round, it’s one of the best winter destinations in all of Europe.

Single-pitch sport climbing is the most popular, but there’s plenty of long multi-pitch routes, along with trad and mixed lines.

In terms of climbing style, there’s techy face routes, overhangs, and even some roof-like cave climbs. It’s all limestone, but the rock is either of the gray variety, which tends to be sharper, crimpier, and low-angle, or a shade somewhere in between white and orange, which hosts the bulk of the powerful overhanging lines.

The late fall, winter, and early spring are prime. The summer gets hot, though climbing would be doable by sticking to shadier crags or by venturing to Desplomilandia; a collection of crags a few miles away from El Chorro.

There are routes of all grades, but the vast majority are in the 5.9-5.14 range. El Chorro doesn’t have as many 5.14+’s as the crags in Cataluña, but new projects go up every season.

El Chorro climbing has been around long enough that most of the grades are based on a consensus. Some more popular lines may feel a bit more difficult because of polish, but other than that the grading is pretty spot on.

El Chorro is a major international climbing hub, but there’s not much else to see there. Spend at least one rest day exploring Malaga, and, if you can, dedicate a few more days to explore Granada, Seville, and/or Cordoba—these cities are epicenters of Spanish culture and history and not to be missed.

El Chorro is also famous for the Caminito del Rey—once called “the most dangerous hike in the world.” The route was a dicey via ferrata along the side of some of El Chorro’s vertical cliffs along decaying concrete floors and steel beams. Since being restored in 2015, El Caminito has been transformed into an easier route completely safe for the average tourist and a low-stress rest day hike.

Most climbers end up at the train bar for cheap beers and sandwiches at the end of a long day, and La Garganta, just 100 feet away serves delicious meals in a fancier setting.

There’s a small supermarket in town that has some essentials, but it’s best to stock up on food in Malaga or nearby Alora.

At a higher price point, you can also rent an apartment above La Garganta.

For the dirtbaggiest climber, there are places to park a van for free and some sneaky places to pitch a tent, but be advised that unregulated tent-camping is not allowed in Spain and you may be asked to leave or be given a fine.

El Chorro has been a popular destination for a long time, but it rarely if ever feels crowded. There’s a lifetime of climbing there, and even the most popular crags have enough routes that there’s never a reason to wait in line, and, in the worst case, you can always walk over to an adjacent crag. Drive over to Desplomilandia or Valle de Abdalajís if solitude at the crags is especially important to you.

For the international climber, a car helps but isn’t required. You can get to Malaga from any airport or major city in Spain, and then a 45-minute train ride to the center of El Chorro. Once you’re in town, most of the crags are within walking distance. 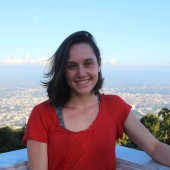