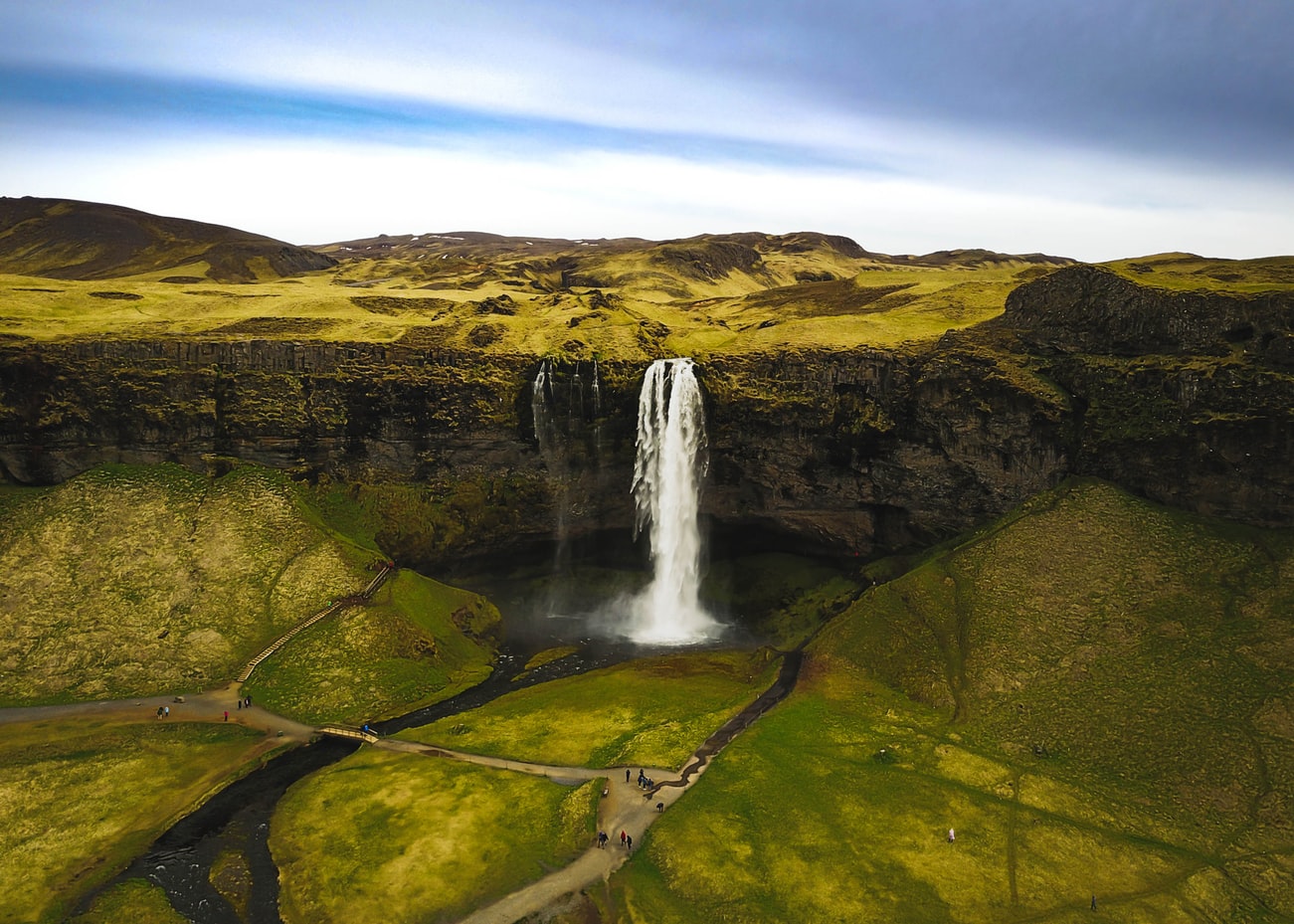 There is no denying that Iceland is beautiful. Game of Thrones fans have been flocking to Iceland over the past several years to see if those majestic landscapes really exist. It’s the kind of landscape that turns every traveler into a professional photographer. With direct round trip tickets from O’Hare or JFK airports, often only $400 to $500 each, Iceland is both an affordable and exotic destination for adventuring climbers.

However, before you book your tickets to climb in Iceland, there is something you should know:

Conditions in Iceland can be brutal and unforgiving.

Consider this… Iceland is a small country with an even smaller population, yet it manages to hold its own on the international scene is several sports. There is a reason Icelanders are so tough!

Only around 300,000 people live in Iceland, yet Icelandic athletes perform quite well on the world stage.  How can a country with such a tiny population (less than 0.1% of the size of the US population) hold its own on the global stage? Because for just over a 1,000 years, Iceland has been an isolated pocket of human society where survival of the fittest was constantly at play.  Winters with no sun, summers with no dark, growing seasons which are measured in weeks rather than months, and rain that can soak you to the bone in mere moments.  For my trip to Iceland, it rained almost every day.  It wasn’t the rain that beat me down, but rather the constant rain combined with 40 to 80 mph (65 to 130 km/hr) wind.

Summer.  Unless you are going ice climbing, it’s hard to imagine having a successful climbing trip outside of the few warm months from late May to late August.  Even during those summer months of nearly 24 hours of sunlight, the average high temperatures are only 50 to 55 degrees Fahrenheit (11 to 13 Celsius).  At night, the average lows are 40-45 Fahrenheit (4 to 7 Celsius).  Keep in mind that those are the averages.  Weather can change quickly in Iceland!  A quick drop in temperatures, combined with wind and rain, can transform a comfortable sunny day into a soaking and freezing experience very quickly.

Sport climbing in Hnappavellir. This place is awesome. The rock is basalt but there are so many air bubbles in it that it feels and climbs much more like the welded tuff at Smith than other basalt areas I’ve climbed at. The routes in the areas we climbed were fairly short, technical, and definitely put up by people way stronger than me (all felt pretty solid for the grade). Perfect conditions on a Sunday in peak season and probably ten people at the whole crag. Despite sending nothing, the day was amazing. #climbing #iceland #icelandclimbing #climbing #sportclimbing #hnappavellir

A specific description of the Climbing Style

Iceland is famous for its thousands of waterfalls, enticing hot springs, and beautiful landscapes. Iceland is not a famous sport climbing destination. That being said, Iceland does offer an opportunity for adventure travelers to climb in a new country and experience a variety of different climbing styles.

Mountain Project currently shows 60 different routes in Iceland, but guides of the area boast of several hundred routes.  It consists primarily of sport climbing with a few trad climbing routes.

The most famous climbing area in Iceland is known as Hnappavellir.  It’s a four-hour drive east of Reykjavik, so renting a car is just about the only way to get there. The Hnappavellir guide book reports that there are over 150 bolted lines, 26 trad routes, and another 150 boulder problems in Hnappavellir.

There are several points you must know before climbing in Hnappavellir. There is a large selection of 5.10 climbs with a number of 5.12 to 5.13 climbs mixed in, as well. However, many climbers report that the grading is a bit stiff, so start on a grade lower than you normally would until you get a feel for the rock.

Of course, the cheapest option is to either sleep in your rented car or camp. Camping ranges from free at the Hnappavellir climbing area to about $15 a person in more popular areas. Hostels will be around $45 a person, and then you have Airbnb, cabins, and some hotel options as well. Midnight camping in Iceland. The sun never really sets in the summer. No need to worry about cleaning your route in the dark.

There really isn’t much you can do to reduce the car expenses. If you can travel as a group of 4 and afford to get a slightly larger all-wheel-drive vehicle, that would be best. Some think the risk is worth it. Photo by Fernando Puente I didn’t try to cross the river. The cost of eating is probably the biggest surprise for most travelers in Iceland. A dinner of one soup and one drink could easily cost you about $30 – $40 US. So you need to think carefully about your food budget. The easiest option is to bring a jet boil camping stove and some backpacking food with you. All the gas stations will have the butane tanks for sale so just bringing the stove and buying fuel in Iceland is easy. Another option is to buy basic ingredients at the grocery store. Peanut butter and bread will be much more expensive than at home but much cheaper than eating out.

Icelandic Hot Dogs
While it sounds strange to Americans, gas stations in Iceland are often hubs for the communities.  They include some shopping and almost always hot dogs. Made from Icelandic lamb, pork, and beef, it is highly recommended that you try the hot dogs sold at the gas stations while traveling in Iceland.  Check out this magazine article on the Icelandic hot dog to learn more. Other common attractions to see while on your trip

This is a loop of two-lane highways that tourists often follow to see some of the most famous features of Iceland. Geysers, hot springs, and Iceland’s largest waterfalls can all be seen on a quick 1 or 2-day loop around the Golden Circle. A US Navy plane crashed near the south shore in Iceland in the 1970s, and the remains of the plane are still there. Read more about the DC Plane here. The trail head is on the way to the Hnappavellir climbing area. It’s a common place for tourists to stop, so while there aren’t big signs announcing the plane, you will likely notice a parking lot in the middle of nowhere with people walking in a straight line toward the distant ocean. It’s a 2-mile hike out to the plane, so it will be a couple of hours to stop and see it. (Note: there is nowhere to go to the bathroom during this hike. Everyone can see everything in all directions). Only 22 minutes further east on highway 1 from the Hnappavellir climbing area is Diamond Beach. Diamond Beach is an iconic and breathtaking place to behold. Ice breaking off the glaciers ends up floating in the Jökulsárlón Glacier Lagoon and drifting out toward the ocean. For many climbers, the experience of climbing rock which has been carved by the wind and rain over centuries is a spiritual experience. Likewise, getting to touch the ancient ice before it melts into the ocean is both humbling and unforgettable in a way that most climbers can connect with.

Practicing how to pronounce Icelandic so that you can say the city names and read some of the signs will be quite helpful. Some of the characters used in Icelandic are quite shocking to those accustomed to reading English.

Here are some fun words for practicing your Icelandic.

These destination guides are only made great by feedback from climbers like yourself.  Are we missing some beta?  Have anything extra to share, or want to feature your own destination?  Submit a destination today.

Our 40+ most popular articles ever
Today’s Best Rock Climbing Gear Deals
200+ rock climbing videos
A Tale of 10,000 Crags: Guide for How (and Where) to Climb in Spain
Climbing Destination Guide: Datca, Turkey
How to Maximize Your Time on Rock When Traveling Alone
All climbing destination guides
Free eBooks for rock climbing training, technique, and more