Essay: Climbing Partnerships and the Misattribution of Arousal A lifelong eschewer of reality TV, I was naturally skeptical when my friend and climbing partner suggested we watch an episode of The Bachelorette. “The psychology behind it is fascinating,” she said. I smirked behind my Black-Mirror-induced snobbery and misguided sense that irony and intelligence were synonymous.

I can’t say I particularly care about the minutiae behind why attractive male #1 Josiah and attractive male #2 Blake and that Whaboom guy don’t get along, but the manipulative techniques and direct application of psychological principles in The Bachelor/ette are indeed fascinating.

To understand why, you must first understand misattribution of arousal.

In 1974, psychologists Art Aron and Donald Dutton found that men who walked across a fear-inducing suspension bridge followed up with an attractive woman more frequently than those than those who walked across a sturdy bridge. The scared men also tended to be more sexually suggestive in their descriptors than those in the control group (see original study here and good summary here).

This article on Vice touches on this tangentially: “Any given date might include scaling a 40-story building, taking a helicopter to a private island for the day, having dinner in a castle, or performing onstage with a popular band … But so intertwined are the extravagance and the idea of falling in love that they become one and the same,” and this blog post addresses it directly: “… playing on Emily’s fear of heights is a sure way to raise her arousal levels considerably, and with strong, handsome Ben to comfort and accompany her on the climb, Emily is probably labeling those symptoms of arousal as symptoms of attraction to Ben.”

You get the point: the producers harness misattributed arousal to synthesize and enhance romantic feelings, which in turn leads to drama and good, entertaining opioid-esque television for the masses.

This brings us to climbing. Gyms and waivers and the fine print on our gear remind us on a daily basis: “Climbing is an inherently dangerous activity.” You can have conquered V10 highballs and/or freed El Cap 50+ times, but if you’re pushing your personal boundaries, as climbers are liable to do, the fear and the excitement never fade completely.

To understand the misattribution of arousal in the context of climbing, it’s helpful to consider a couple scenarios:

Jake is 29 and has been climbing for ten-ish years. He works as a 2nd-grade teacher, 29% because he loves kids and 71% because of ample vacation time, 29% of which goes to visiting family and 71% of which goes to climbing trips. Jake is single because, as we’re all aware, the gender ratio of the climbing community is very skewed and he is too hopelessly psyched on climbing to spend enough time with his non-climbing ex-girlfriends, who all dumped him in favor of normal, well-adjusted people.

Jake then meets Anna, who started climbing a year ago at the gym, at the gym. She says she’s never climbed outside before, so he offers to mentor her. Over the course of several months, she goes from shouting “take!” at nearly every bolt to taking sizable whippers on projects before promptly sending them. Anna’s relationship with her non-climbing boyfriend quickly deteriorates as she, too, becomes increasingly hopelessly psyched on climbing and increasingly attached to Jake.

After all, if climbing is your life, why shouldn’t your climbing partner also be your life partner?

Lily is from Seattle and Steve is from New York. They are both fairly seasoned climbers, having climbed extensively in Squamish and the Gunks respectively, but it is their first pilgrimage into Yosemite Valley. Both of their partners have vanished for the day and they meet over breakfast at Camp 4. Over the next week, they spend most of their time climbing together, marveling at the wondrous beauty of their surroundings, down-climbing in the dark, and discussing the future: climbing destinations, careers, goals, motivations.

They go their separate ways, but a year later Steve texts Lily that he’s moving to Seattle. He cites job prospects and proximity to Squamish as his reasoning, but they both know why he’s really there. They enter a three-month phase of blissful climbing/romantic partnership, before they realize that, well, they don’t quite respect each other as anything other than crag people (not to be mistaken for crab people).

Partnerships—romantic, climbing, or otherwise—are complex, and success or failure can depend on a wide array of intrinsic and extrinsic factors. It is probably common knowledge to most socially adept people (a category I do not have the privilege of belonging in) that a sudden rainstorm or bout of E. coli on a first date can ruin chances of a second.

I submit that climbing, especially for the inexperienced or in situations involving danger and/or beauty, can have the opposite effect. Obviously, success stories are abundant; just this last climbing trip, I met two pairs of very happy honeymooners at the boulder fields. Both couples met climbing.

But just as common are the Jakes and Annas, or Lilies and Steves. Rarely is there malicious intent; Jake was likely a genuinely nice dude and Anna a nice gal. But throw in the allure of climbing and fear and that rush of adrenaline, dopamine, etc. and all bets are off. What they interpret as love as the two embrace after Anna sends her first 5.10 may very well be the misattribution of arousal. What Lily and Steve interpret as love as they top out the final route on their last day in the Valley, just as the sunset tints Cathedral Lake red and orange, may very well be the misattribution of arousal.

This isn’t to say that climbing partners cannot make good romantic partners. On the contrary, many feel that being a suitable climbing partner is a prerequisite for life partnership. After all, they have to deal with you through some of your rawest, most primal emotional states. But if either Scenario A or B (or the user-defined C or D, etc.) sounds familiar, you’re not alone. And if you read Scenarios A and B and scoff at these fictional characters’ lack of control over their emotions, think back to when you were a new climber and all climbing-adjacent experiences were exciting, scary, and novel.

Consider the last truly magnificent place you climbed at and re-evaluate how it made you feel, both about your surroundings and the people around you. The fact that this lifestyle of ours can inherently enhance how people relate to each other is beautiful and awesome. But finding that special partner whose company you enjoy both on and off the wall, through the sketchiest, glassiest granite pitches and the humdrum of daily life alike, is even better.

Our 40+ most popular articles ever
Today’s Best Rock Climbing Gear Deals
200+ rock climbing videos
Essay: I’m Not Your Babe, Bro
Essay: What a Long, Strangely Normalized Trip It’s Been—The Role of Counterculture in Climbing
“I Will Climb, Too” — A Story on Mentorship and Responsible Climbing
The Dirtbag Dream, and How it Nearly Ruined Climbing For Me
Nursery Rhymes, Biomechanics, and Bad Attitudes — Why I Stopped Climbing
Interview with Dave O’Leske, Director of Dirtbag: The Legend of Fred Beckey
How Our Hormones Can Help Us Send
Essay: How to Climb When You’re Not Alex Honnold
Essay: A Bad Month, Or, The Broken Man’s Guide to Climbing
Will You Be My Trad Guru?: The Importance of Apprenticing in the Gym Climbing Era
Essay: Looking for a Partner, Pants Off Limits
Get daily updates by Liking us on Facebook
Free rock climbing PDFs on technique, training, knots, and more 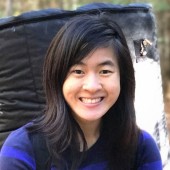