If you have been paying attention to the news recently, the National Park Service has been in the spotlight.

In short, our national parks are struggling to keep up with increasing visitor traffic and deteriorating infrastructure within the parks (roads, campgrounds, restrooms, etc.) combined with a lack of funding. Further, despite more than $11b in maintenance needs, President Trump has proposed to cut the National Park Service’s budget by 13%.

There are now proposals by the Department of the Interior to increase the prices of admission into national parks during peak visitor seasons as a means of creating the funding that is desperately needed to assist with the aging infrastructure that is further stressed by the increase in visitors.

The price could increase to $70.00 for private vehicles to enter the big national parks, such as Yosemite, Zion, Rocky Mountain National Park, and fourteen other national parks.

This should make climbers’ ears perk, as we could be affected. It’s an important issue because for our National Parks to remain accessible, they need adequate funding. Climbers need to speak up and have their voices heard.

Another proposal that the National Park Service has recently entertained is requiring advance reservations in an effort to handle the increase in visitors. The substantial visitor increase not only places a burden on park infrastructures, it also takes a toll on the ecosystems.

Between waste, graffiti, and erosion, with millions of visitors each year, human impact is growing. Combined with a shift in climate, the ecosystems of our parks are suffering. Potentially requiring advance reservations during peak seasons would serve as an effort to conserve these parks. A decision will be made regarding this in 2018.

Our National Parks have sought to be accessible for the enjoyment of everybody. The potential increase in price and advance reservations could make visiting national parks much more difficult for some people.

It is critical for climbers, and outdoor enthusiasts in general, to make a public comment to the NPS regarding these issues. Our voices matter and they need to be heard. The National Park Service is accepting public comments now until November 23, 2017 at this link. Regardless of your opinions on these issues, speak up. Share with your climbing partners and discuss what’s going on with our public lands, because the future of our national parks matters. 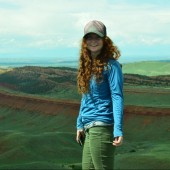 Chattanooga based climber and adventure enthusiast.