Around 4 years ago, I became immersed in the world of climbing development. I’m not completely certain of when I first decided I was going to become a climbing developer, but I’ve always found myself staring up at a wall or boulder and thinking,

has anyone tried to climb this?

Since I began climbing, I’ve been constantly inspired by the hard work and effort invested by the pioneers of our sport. Developers at the forefront of the sport climbing movement such as Gary Gibson—whose impressive list of first ascents resonate throughout almost every guidebook in the UK—is one of my all-time heroes. Worldly Adventurer Fred Beckey, who holds an impressive resumé of bold first ascents in the high mountains of North America, is another.

Though these are two of the better-known climbing developers, there are thousands of people across the globe who are contributing towards our growing sport. Many of these people are on the cutting edge of climbing progress and are stereotypically forward thinkers, conscientious of their impact, and predominantly developing with good intentions. These people also have a tendency to be our community ambassadors, the people that everyone knows at the gym, and the “go to” person when seeking climbing advice. You’ll regularly find them at the community meetings and clean up events, selflessly giving their time in the hope that the area they love can continue to improve.

This is the beauty of the climbing community, the side that is caring and united through our love for rock fondling. The same one that I am proud to be a part of and talk about to my friends when I’m outside of the climbing bubble.

I wish this was the only side of the community, but the truth is, it’s not …

There is another side to the climbing development community, a dark side if you will. This is the side that few are accustomed to seeing, let alone understanding. Here, speculation is rife, insults are thrown, passive aggressive threats sent, and turf wars laid out. This is the side you rarely hear about, but it is there and unfortunately, it’s quite a problem.

One of the most infamous cases of this behavior is the “Wings of Steel” incident in which climbers went as far as to sabotage the developers’ ropes, risking their lives for the sake of a rumor and ultimately, a piece of rock.

To the climbers involved in this immoral unfolding of events, they now look back with shame on their actions, and if they don’t, they should. Is it really worth harming someone’s life over something so irrelevant in the bigger picture? To me, this is one of the single most embarrassing and shameful stories that I’ve encountered in our sport and it is loaded with lessons to be learned on all sides. Sadly, this is not an isolated incident and I myself have personally experienced threats, warnings and hate mail from other developers who stake claim to an area and attempt to become the self-appointed gate keepers to a piece of rock, deciding which people can climb or not.

This malicious behavior has unfortunately kept me awake on many a night, frustrated and deep in thought of why certain people would go out of their way to be so hateful to another person for reasons I can only deduce is from either a damaged ego or selfishness.

It was on one of these nights, after hearing that a fellow developer was writing a hate article about me, I came to the realization that there are two kinds of climbing developers out there:

The Lovers: who develop for the love of the sport and the fun,

The Haters: who develop for their ego and for a claim.

The Lovers develop climbing for the pure and simple pleasure of contributing to the climbing community. These are the people who bolt the 5.6 routes at the crag that everyone learns to climb on, the same people that clean up the trash regardless of who dropped it, simply because they love the area. They are the people who spend their day belaying friends and strangers alike because they enjoy sharing their passion with others.

In my mind, these are climbing’s true ambassadors, the cornerstone of the local climbing community and those who hold the most influence within their community. The Haters, on the other hand, develop for their ego, to stake a claim that it was them who achieved a goal first. The Haters think they are superior to others because they often climb harder than the average climber, claim areas as their own (even when it’s public land), and have an elitist attitude towards their community members (obviously forgetting that they too once struggled up a 5.7).

They try to intimidate others away from “their” area and often create rumors and lies to protect their damaged egos from what they see as competition. I’m sure if you take a moment to think, you’ll know a person like this … I am personally a Lover. I get huge joy out of putting up routes or boulders of any grade so that I can share them with others and I believe that most developers are the same. But the longer I’m active as a developer, and the more places I travel, the more Haters I come across.

This disappointing realization leaves me with a bitter taste in my mouth and a reluctance to continue developing. However, what keeps me going when developing politics are in turmoil is the reminder that the majority of our community is made up of incredibly positive people, psyched to have new rock to wrestle, and thankful for each and every contributor.

It’s my hope that by bringing a spotlight to this issue and not allowing it to remain hidden in the shadows any longer, climbers, developers and community members alike can assess their true motivation for developing and become Lovers instead of Haters.

Besides, if you develop for the love, you get to enjoy your hard work vicariously time and time again; every time someone sends. 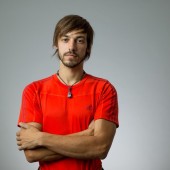 Worldly adventurer, passionate writer and rock climber. British born and raised, he juggles his life between the granite rich mountains of Boulder, CO and the virgin limestone of Monterrey, Mexico. When he's not training in the gym or bolting new routes, he can be found chugging copious amounts of coffee and searching for the next big adventure.