Why I Climb — Picking Apart the Age-Old Question

Why do you climb mountains?

has been answered in a variety of ways. Iconically, George Mallory responded with a near tautology: “Because it’s there.”

Unfortunately, that response is equally applicable to any question with a transitive verb. “Why do you collect and display pocket lint?” “Because it’s there.”

Another climber, Barry Corbet, answered facetiously, “To get away from tidal waves,” while yet another, Scott Backes, baldly asserted, “Because I can, and others cannot.”

The inquirer’s attitude, often, implies that the question is purely and incriminatingly rhetorical: “Why would any sane person ever risk their life—and the lives of their climbing partners—for the fame of fifteen minutes on a summit?”

The implication is that such a climber has lost, rather than gained, perspective with his or her high-altitude ventures; that climbers are vainglorious thrill-seekers who put themselves and others at mortal peril for no perceivable, let alone acceptable, reason. I think such a question can be given a non-tautological, non-facetious, and ultimately non-egoistic answer.

One line of response I recently came across gave me pause.

An article entitled, Why Alpinists Leave Home (“Being a diagnosis of the urge that makes sensible men and women tumble out of their camp beds at three o’clock in the morning simply to risk their necks on a climb up a mountain, which ends in a climb down again”) in the Canadian MacLean’s Magazine of 15 November, 1926, by one G. H. Lash, offered what could be called an Aristotelian reason.

In addition to the obvious love of mountains, he wrote, climbing fosters two virtues: it

… initiates and develops to a very high degree, those two most desirable human qualities, courage and obedience.

He supported his claim with a recent incident that befell a pair of climbing partners, as recounted to him at the annual meeting of the Alpine Club of Canada. Just under the summit of Bastion Peak, Williams, the larger man at 180 pounds, fell and broke his ankle. Grassi, his partner and 35 pounds lighter, tied Williams to his back and descended with him through two chimneys composed of crumbly shale, over an extended and exposed ledge, and across the glacier before they were met by a relief party.

Lash dissected the multiple ways in which both climbers demonstrated courage—Grassi to undertake the heroic rescue, Williams to trust himself to him—and “obedience of muscle to the will of mind; obedience of mind to the law of the Club [to render aid]; the obedience of heart to the idealism of soul.”

Despite his Edwardian language (and to his credit he uniformly speaks of male and female climbers), Lash’s account prompted me to consider the question again.

My answer begins with my experiences in the corporate workplace, but not its typical setting. In 2006 I began my dream job as an assistant professor at the University of Colorado, Boulder. I could teach my research areas—philosophy and literature—and the climbing community around Boulder was precisely where I wanted to be. My department voted unanimously in favor of my reappointment mid-way during my tenure-track period, extolling my research and teaching, and I started looking at real estate.

However, three weeks later in conjunction with a higher, campus review committee, the department reversed itself, voting unanimously against reappointment. Maybe I unwittingly affronted a senior colleague, maybe they concluded that I worked on the wrong topics, maybe they just wanted the position available for someone else. I’ll never know the motives behind the volte-face.

One colleague called me the night before the second departmental vote to assure me that he would “fight for” me (he didn’t); another had been a friend for years, since graduate school, and could no longer look me in the eye. I was reappointed by the university nonetheless, and for the next four years, I worked in a hostile department.

The community and fellowship the department once manifested evaporated completely: I was given courses that I was ill-suited to teach, suddenly research funds were no longer available, and students were advised not to work with me because I was “on his way out.”

Predictably, the department voted against tenure, at times literally contradicting their earlier judgments of my research and teaching during my reappointment. I was filled with intellectual and moral disgust at the behavior of my so-called colleagues. Sadly, professor friends at other universities, and other friends who work in soul-crushing corporate settings, disabused me of my naiveté with similar stories of betrayal, distrust, and a lack of common decency.

This was the workplace normal, I was given to understand; why should the idyllic ivory tower be any different.

350 years ago, Thomas Hobbes surmised that in life in the “state of nature” is “solitary, poor, nasty, brutish and short.” Had he lived today, he might have suggested that further proof of his claim can be found in observing the common contemporary business culture.

My dispiriting encounter with corporate academia is complemented, however, by those experiences of trust, camaraderie, and fellowship that I enjoy and relish in the mountains.

When I was an undergraduate student, mentors in the Dartmouth Outdoors Club taught me the ropes, literally: how to belay, fall, regain, rappel. Bonds of friendship were forged on adventures organized by the student-run club, including the 24-hour 50-mile “death hike,” and the one-week “trip-to-the-sea” (Hanover to the Long Island Sound by canoe).

When I was a graduate student, a well-traveled Scottish post-doc and I explored the Shawangunks. At one time I lost my footing and ended up swaying free below an overhang, while his hands went numb holding me fast until I found a handhold.

When I was living in Berlin on a research fellowship, German alpinist friends and I made climbing trips to the French and Swiss Alps. Unexpectedly confronted with a three-day whiteout while climbing the Jungfrau, I probably owe my life to the judicious wisdom of one of our group, who pitched our tent with a view to avoiding avalanche lines. For those three days, we hunkered down in our tent, eating the last of our provisions, playing chess on a makeshift board made from a salami wrapper, and listening as avalanches thundered past us like renegade locomotives.

On another occasion, a climbing partner suffered altitude sickness and became disoriented halfway up Mont Blanc. We got her to the alpine hut from which we’d set out that morning, but in doing so we missed the last funicular of the day and ended up hiking all night down the mountain and back to Chamonix valley.

These are exceptional and exhilarating experiences that leaven my life with intensity and exalted significance, but they are not the satisfactions of an egomaniac or an adrenaline junkie. Rather, they are testimonials of solidarity, fellow-feeling, and most importantly, mutual trust to the point of existential dependence.

These are relationships in which I can rely on my partners and entrust them with my life, and know that they are doing the same with me. The exultation in summiting a peak is necessarily connected to the shadow of risk that accompanies each step we kick into the ice but also to the bond of trust and fellowship that mitigates that very risk. The joy experienced at the summit is as much a celebration of that bond as it is of the common achievement it makes possible.

And so, it seems to me, we climbers have another response to the incredulous and disparaging spectators who ask why we do what we do …

We do it because in doing it we manifest the very best in human nature, individually and collectively. We exercise our individual physical and psychological capacities and powers in our exertions on the mountain, of course, but we also exercise, cultivate, and experience the unique significance of our social bond to others in those same exertions. When climbing, we ascend and assent to our better selves, together.

Our 40+ most popular articles ever
Today’s Best Rock Climbing Gear Deals
200+ rock climbing videos
Essay: What a Long, Strangely Normalized Trip It’s Been—The Role of Counterculture in Climbing
“I Will Climb, Too” — A Story on Mentorship and Responsible Climbing
The Dirtbag Dream, and How it Nearly Ruined Climbing For Me
Essay: To Suffer Well — An Ode to Grit
Essay: New Conquerors of the Useless — Achieving Nothing in a World Obsessed with Doing Everything
Essay: How to Climb When You’re Not Alex Honnold
Essay: A Bad Month, Or, The Broken Man’s Guide to Climbing
Will You Be My Trad Guru?: The Importance of Apprenticing in the Gym Climbing Era
Get daily updates by Liking us on Facebook
Free rock climbing PDFs on technique, training, knots, and more 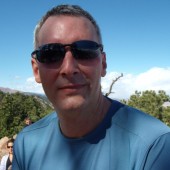