In 2016, I left my home in Seattle and my respectable career as an engineer to pursue different goals far from that world. What started as a 3 month trip has evolved into 3 years, with no end in sight. As a result of my choice, I’ve had the incredible good fortune to have climbed in over 20 countries across 4 continents, while consistently moving up in grades.

Check out Chapter 2 and Chapter 3 of this three-part series by Jacob Bushmaker, founder of TheWanderingClimber.com.

As just about any long-term traveler will tell you, it is hard to stay disciplined on the road. No one is watching you, no one is holding you accountable, and to be honest, no one else cares. It is up to you to set your own goals, make a plan, and hold yourself accountable.

This is the only way to constantly improve and get stronger year after year.

But I am here to tell you that it is possible, even simple, to constantly improve. A few small changes to your daily routine might be the only things necessary for you to break through to the next grade. These simple changes can be applied to any climber, at any grade, no matter if you work full time, dirtbag, or are somewhere in between. However, simple shouldn’t be confused with easy. Changing your habits is rarely straightforward, and many times requires considerable effort.

This article isn’t focusing on specific training exercises. Instead, I will be focusing on 3 easy ways you can reduce friction and remove barriers that might be holding you back. You don’t have to be perfect or a genetic freak to significantly improve your climbing performance.

The aggregate of good decisions taken over a long enough period of time will almost always yield positive net results.

Small gains tend to compound over time, and while they may feel slow at the start, usually the hardest part is getting going.

Following the principles outlined in this article, over a three year period I’ve increased my RP grade from a personal best of 5.11b to 5.13b. A full 8 grades.  This was done while traveling and living on the road full time. Here’s how.

Step 1:  Set Epic Goals That Catapult You To Action “A dream that is great beyond our abilities, a mountain that is harder than we imagine possible, can make us great in our aspiration to achieve it.” -Todd Skinner

Step one, set some goals. If you’re not clear on where you want to end up, it is going to be very hard to get there.

Don’t worry about getting caught up on making the “perfect” goal. It is much better to get started now and then revise your plan later.

Remember: A good plan, acted upon now, will almost always beat a great plan which is put off until later.

Motivate Yourself With Unbelievably Clear Goals

A good goal will not only inspire and challenge you, but will also be specific and clear. You need to know exactly when you’ve completed what it is you set out to do!

Some examples of common, but inadequate goals that need improvement are: “Get good at climbing,” “get stronger,” or simply “improve.” None of these are “bad” objectives, but they all lack clarity. You need to be clear on what you are using as a comparison to determine what “improve” means. For instance, a 5.11 climber might seem “good” to a novice, but to a 5.14 climber, the same grade isn’t so impressive.

The goal of “become a stronger climber” could be modified to “RP Toxic (5.11b) at smith rock.” All ambiguity has been removed, and you know exactly whether or not you have accomplished it!

I’ve done this time and time again my climbing career, but the most memorable was when I climbed my first 5.12a, King of the Ruins in Vantage, WA.

The first time I tried it on TR, I couldn’t even get close to the top. But I went back to the gym, and set the goal. I trained the crux sequence, worked on my endurance, and went back three of four weekends in a row to get it dialed. Almost a year later, I clipped the chains. Not only was it one of my most memorable moments climbing, but in that year my abilities as a climber grew by leaps and bounds. Your goals need to inspire you and be powerful enough to get you through the hard work required to achieve them. A few easy ways to do this? Tell your friends about your plans, print off pictures, post them where they are readily seen, or set a new image as the background on your phone.

This will keep you accountable not only to others, but will act as a constant reminder of what you are working toward.

I used this technique when I was still working as an engineer in Seattle, where I saw a picture of the iconic “Free Route” of the Totem Pole (25/5.12b), located in Tasmania’s Cape Hauy.

At the time, I was a 5.10 climber, and I had never climbed outside of the United States. So, a trip to the opposite side of the world to climb one of the most exposed things I’ve ever seen was way outside my reach. Not to mention, it required me to improve my climbing by about 8 grades and to learn how to place trad gear (the Totem is a mixed climb).

Despite all this, just a few years later, I climbed The Totem on New Year’s Eve 2017. It remains one of my fondest climbing memories and proudest achievements. Now that you have set clear goals, it is time to break these goals down into small, actionable, sub-goals. Sub-goals serve multiple purposes. Primarily, they set clear objectives and ensure that you are staying on track to reach the ultimate end goal.

Let’s take the goal of climbing The Totem’s “Free Route” (pictured above). Required skills to complete this climb are:

Each one of these goals was then broken down into smaller, actionable goals.

Do this with all of your sub-goals and work backward. Eventually, you will be to break down your long-term goals into smaller, specific, daily or weekly actions you can take.

I use this sort of “grade pyramid” when I’m trying to move up to a new grade. Generally speaking, before I attempt to RP (redpoint) a new grade, I make sure that I have redpointed at least three routes at the grade below it.

This a great technique to use, especially if you’re spending more time on the rocks versus climbing in the gym, as you’ll be moving at a nice constant pace, reducing your chance of injury but also continuously pushing yourself. And of course, the best part is that you are training while climbing at the same time!

Always Focus on The Process, Not The Destination Big goals and “massive action” might sound like a surefire way to success, but in the long run you’ll most likely end up losing motivation or burn yourself out. Daily rituals and practices have been shown time and time again to produce results in the long run. Know where you want to end up, but don’t put too much focus on it.

The key to achieving your goals is to pick small, actionable, and achievable daily sub-goals that move you closer toward your main goals.

When I left on my trip I was comfortably climbing into the low  5.11s. I remember thinking that when I could comfortably climb 5.12, I would be happy with my ability. I left to go dirtbag, and though I had years of gym climbing experience, my outdoor expertise was admittedly lacking.

Instead of going out and throwing myself on 5.12s, demoralizing myself and probably getting hurt, I instead moved my goal RP level up two grades to 5.11d, and started working backward.

From there, I simply focused on the process building up the “grade pyramids” I mentioned before, and of course climbing. In a matter of months, I was regularly on-sighting 5.12a.

After redpointing numerous 5.12a routes, I then simply moved my goal to 5.12d, and repeated the process! I have now done this same process numerous times. My current RP goal is now 5.13c, with my “someday” goal of 5.14a.

Check out Chapter 2 and Chapter 3 of this three-part series by Jacob Bushmaker. 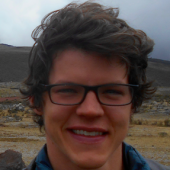 Jacob Bushmaker: Is an Avid Climber who has redpointed up to 5.13b, a Professional Traveler and the founder of The Wandering Climber. In the past few years, he has climbed in over 20 countries across 4 continents and is an expert on South American climbing destinations (Go here now and get tons of information on where he’s been, and plan your next journey).